LIKE THE TOWN OF LELAND ITSELF, BRUNSWICK FOREST IS BIGGER AND BETTER

According to figures released by the U.S. Census Bureau, Brunswick County was ranked the fastest growing county in the state of North Carolina for the year 2013, and ranked 47th fastest growing county in the entire nation. With the huge growth in the area, the Town of Leland has seen a massive influx of new residents, as has Brunswick Forest, Leland’s largest community.

A DESIRABLE COMMUNITY
Since 2007, Brunswick Forest has welcomed over 1,300 families, with more than 300 of those in 2014 alone. “The Census figures are not surprising to us,” says Brunswick Forest Director of Sales Jerry Helms. “This is a desirable place to live, and more and more, people are starting to realize that and move in to the area. We have it all here: beautiful homes, nice weather and plenty of amenities and things to do.”

GROWTH OF INFRASTRUCTURE AND COMMERCIAL OFFERINGS 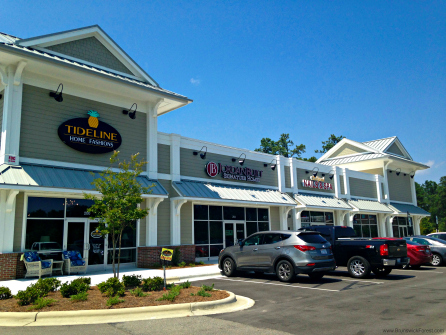 The increase in residents has prompted significant growth in the county’s infrastructure, commercial properties and an expansion of county parks and recreation offerings.
Along with residential growth, Leland has seen tremendous expansion in commercial businesses. Brunswick Forest’s 160-acre commercial town center, The Villages at Brunswick Forest, has grown exponentially in just the past few years, and now contains more than 500,000 square feet of retail and professional establishments. The Villages defies national trends by being 100% leased, meaning there are no empty store fronts within the entire center. “The fact that our commercial center is full is a big deal,” says Helms. “Our developer has taken care to handpick the tenants at The Villages to make sure we have the right kind of businesses that are well-suited for our residents. This is just another example of why Brunswick Forest is a good steward of the community. Our vision and commitment not only benefits our residents, but is good for the entire surrounding area as well.”

GROWTH IN PARKS AND RECREATION 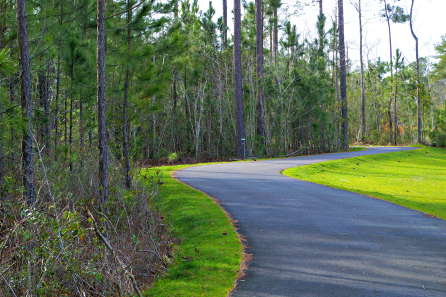 Brunswick County’s parks have expanded in recent years with significant changes to existing parks and the addition of a new 911-acre nature park. “Another reason why this area is so appealing is you have a wealth of amenities right at your doorstep,” says Helms. “Brunswick Forest offers residents a wide range of fantastic amenities, but the area also has its own great resources like all of the parks and green spaces that are located just a short distance away.”
Currently, the finishing touches are being completed on Winnabow’s Town Creek District Park, just a few miles from Brunswick Forest. The newly-revamped park includes paved walking trails, nature trails, baseball fields, tennis and basketball courts, a dog park, playgrounds, soccer fields, batting cages and bocce ball courts. The expanded park also connects to Town Creek Elementary School via a paved pathway.
“Despite all of the growth the area has undergone in recent years, Leland still retains its small-town charm,” says Helms. “Longtime residents will tell you, it’s an exciting time to live in Brunswick County.”